Humility in the Time of Covid 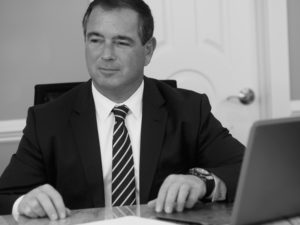 Is it possible that in these unprecedentedly frightening times, an even more infectious virus stalks the earth? It cannot be slowed by social distance nor quarantine. It spreads exponentially from person to person, indifferent to race or religion. This benevolent infection will not disappear “like a miracle”, but hopefully, like a miracle, it will remain long after Covid is a distant memory.

Its symptoms are a sudden concern for your neighbor, a newfound respect for the grocery worker, a long-overdue recognition of those who devote a lifetime of study to a discipline that may save your life. The infected report a seeming slowing down of time and the discovery of simpler pleasures. This is followed by the development of resilience, inner strength, and adaptation. In its later stages, a humility borne of countenancing one’s smallness in the universe and a sudden, sobering uncertainty of unlimited tomorrows. This humility is surely not a balm for the incurable pain of the loss of loved ones, but a tribute to their memory.

How did we get here? I’ve been asking myself that question as I take inventory of my life, my practice, and my profession. What have I contributed? I’m sure that many of you have done likewise.

Most terrifyingly; What have I not accomplished? That’s the one that has me awake at 3:00 a.m. The novel unwritten. The song unsung. The forgiveness not asked for. I marvel at the ingenuity of young people in the face of all this. I celebrate the flashes of good. . . but I’m weary. I guess we all cope in our own way. My attention gravitates to literature for helpful parallels. I seek solace with Thoreau in the woods of Walden, arguably the King of Social Distance. In Solitude he writes;

“This whole earth which we inhabit is but a point in space. . . Why should I feel lonely? Is not our planet in the Milky Way?”

“What sort of space is that which separates a man from his fellows and makes him solitary? I have found that no exertion of the legs can bring two minds much nearer to one another. What do we want most to dwell near to? Not too many men surely, the depot, the post office, the bar-room, the meeting house, the schoolhouse, the grocery. . . where most men congregate, but to the perennial source of our life. . .”

In December I bookmarked an opinion piece in the New York Times by Ed Simon titled: Why We Will Need Walt Whitman in 2020; With our democracy in crisis, the poet and prophet of the American ideal should be our guide. At the time I didn’t realize just how poignant that need would become. Simon observed that:

“When the war began, Whitman was despondent, but the violence of those years seemed to strengthen and clarify his faith in democracy, a faith that would take on a transcendent dimension. For the poet, democracy wasn’t simply the least bad form of government, it wasn’t reducible to dreary policy and endless debate, but it was rather a vital, transformative and regenerative ethos. Even as the survival of what President Abraham Lincoln called the “last, best hope of earth” was in doubt, Whitman’s belief in the philosophical and political foundation of the nation flourished.”

I dug out my copy of Leaves of Grass. I turned to Song of Myself;

And what I assume you shall assume

For every atom belonging to me as good belongs to you.

Yeah, we need this guy.

I think of those hit hardest. The homeless. The disenfranchised. The addicted. You may have witnessed the backlash certain celebrities and public figures received for posting about their glamorous quarantines, confined to superyachts, and running low on caviar. Well when we complain, safe in or homes with our families, our bellies full, compared to those less fortunate, we are all that guy.

My thoughts went to poor Santiago, his flimsy hut of royal palm, not even a pot of yellow rice, his shirt patched more than his sail. Eighty-five days without a fish. Alone on the sea in his skiff, battling sharks. Hemingway’s prose is even terser than I recall. The Old Man and the Sea is barely a novella. The writing so economical, its hard to believe Papa has of late been held up as an example of verbosity, even by the most prominent non-reader on the planet.

Tom Wolfe coined the term “Masters of the Universe” in his quintessential Big 80’s novel The Bonfire of the Vanities to describe with rapier derision, the seemingly untouchable Wall Street millionaire traders of the Eighties. The abject humbling of the main character in the novel, said Master of the Universe, Sherman McCoy, is a theme that has weighed heavily of late;

“There it was, the Rome, the Paris, the London of the twentieth century, the city of ambition, the dense magnetic rock, the irresistible destination of all those who insist on being where things are happening—and he was among the victors! He lived on Park Avenue, the street of dreams! He worked on Wall Street, fifty floors up, for the legendary Pierce & Pierce, overlooking the world! He was at the wheel of a $48,000 roadster with one of the most beautiful women in New York—no Comp. Lit. scholar, perhaps, but gorgeous—beside him! A frisky young animal! He was of that breed whose natural destiny it was…to have what they wanted!

Tom Wolfe The Bonfire of the Vanities

How many of us were cruising along as masters of our own little universe before the unthinkable happened? How dare this inconvenient virus disrupt my little biopic just when it was getting good! In varying degrees, this virus has made us all Sherman McCoy.

I became addicted to Bonfire as it first appeared in serial form in Rolling Stone in 1984. It ran in 27 installments. I wasn’t quite sure what I was reading but I loved it. I later devoured the novel at 690 pages and the follow-up novel A Man in Full, a 742-page masterpiece takedown of the main character, Charlie Croker, a bloated, leveraged, semi-literate egomaniac of questionable fortune. Perhaps the next time a certain vocabulary challenged vulgarian wishes to ridicule someone for writing an inconveniently lengthy letter begging for help from the coronavirus, he can compare them sarcastically to Wolfe instead of Hemingway. Speaking of vanities, which heretofore indispensable luxury have you cast upon the bonfire in favor of comfy pajamas? I’ll go first by confessing to cutting my own hair after months of fretting over a suitable replacement for my retired barber. I bought a Wahl clipper with color-coded attachments from Rite Aid. The next morning the sun came up.

I was gut-punched by George Will’s recent opinion column in the Washington Post; What we lost when we stopped reading wherein he espouses the notions of Binge Reading and Deep Literacy.  Will cites Adam Garfinkle’s “The Erosion of Deep Literacy” in National Affairs. and states “He believes that because of the displacement of reading by digital, usually pictorial entertainment and communication, “something neurophysiological” is happening to individuals, and especially to the “neural pathways” of the young. And something vital to democratic culture is waning.” I read this with no small amount of guilt over my recent maniacal “checking” of various news sources and social media, afraid that I might neglect some breaking news treasure that just can’t wait for my analysis.

“We know,” Garfinkle says, “that prolonged and repetitive exposure to digital devices changes the way we think and behave in part because it changes us physically.” I realized how frequently I was viewing my phone throughout the day and even in the middle of the night.

Will continues; “The brain is continuously rewiring itself in response to changing stimuli, and 200,000 years of evolution did not suit it to process today’s torrents of fleeting stimuli.” Oof!

“More items vie for our attention in a given hour,” Garfinkle says, “than our ancestors had to handle in a day or even a week.” Becoming comfortable with shallow attention to everything, people become transfixed by the present, unable to remember, or to plan well.” Garfinkle worries that “cognitively sped-up and multitasking young brains may not acquire sufficient capacities for critical thinking, personal reflection, imagination, and empathy, and hence will become easy prey for charlatans and demagogues.” I remembered that I wrote about some of these issues in a previous blog post some time ago (although not as artfully). Ironically sub-titled On Solitude, I wrote then;

“Every app, program, and digital wonder is at their disposal, and yet I worry for them, this generation with instant knowledge only a click away, the cumulative knowledge of giants in their pocket. I can’t help wondering whether we have really gained anything in this bargain, this trade-off between the dog eared, sweat-stained tomes, and the instant, hyper convenient Googleization of knowledge. I fear we have all lost the luxury of reflective solitude so necessary to the true honing of a craft. I confess that I too frequently find myself wandering in a nonstop maze of digital distraction. The endless news cycle of Twitter and the real-time social onslaught from Instagram and Facebook interrupt any long-form thought process. I intermittently vow to step away from these distractions and re-embrace my creative loves of literature and writing with mixed success. My advice to young students is to embrace the solitude.” I guess I need to take my own advice, not something lawyers are traditionally good at.

Will concludes; Deep readers can “deploy shields of skepticism” against those who, lacking the reading habit, are “locked in perpetual intellectual adolescence.” And then? “Populism of the illiberal nationalist kind is,” Garfinkle believes, “what happens in a mass-electoral democracy when a decisive percentage of mobilized voters drops below a deep-literacy standard.”

Reading doesn’t solve everything but it’s helping me through our present crisis and I think it could very well save our country. I hope it helps you too. For me, when I feel guilty about time spent reading, I remind myself of Stephen King’s advice;

What are you reading while at home? I’d love to hear about your experience and recommendations.

The Prodigal of Passyunk Avenue